Tartan belongs to Scottish culture and is not only one of Scotland’s greatest icons but also one of the world’s leading national marks of identification.

Scotland is privileged to have such a strong and immediately recognisable image to proclaim the geographical or cultural roots of many who live in many other distant parts of the world. There are some 30 million people worldwide of Scots descent of which 11 million are in the United States, 4½ million in Canada and nearly 6 million in Australia and New Zealand.

There are believed to be over 5,000 tartans in existence and the number is increasing at the rate of about 135 per annum. It was in the early 19th century that the available range of tartans mushroomed from a handful of clan tartans to many hundreds of clan, district and fashion tartans. 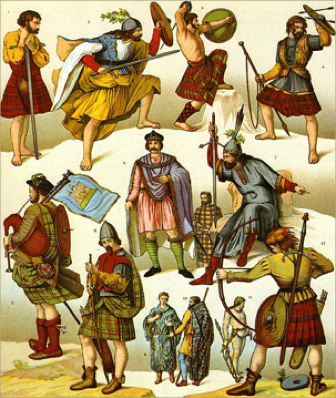 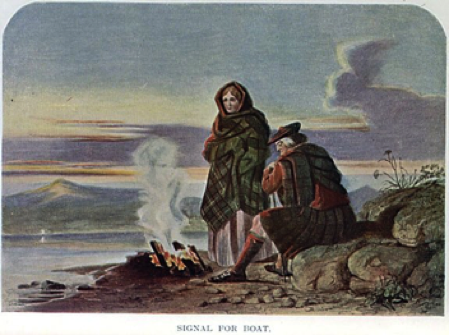 Early Romans talked of the Celtic tribes wearing bright striped clothing - there was no word at that time for chequered.  One of the earliest examples of tartan found in Scotland dates back to the 3rd century AD, where a small sample of woollen check known as the Falkirk tartan (now in the National Museum of Scotland) was found used as a stopper in an earthenware pot to protect a treasure trove of silver coins buried close to the Antonine Wall near Falkirk.  It is a simple two coloured check or tartan which, was identified as the undyed brown and white of the native Soay Sheep.  Colours were determined by local plants that could be used for dyes.

Thanks to the personal planning of Sir Water Scott, the 1822 visit of King George IV to Edinburgh was to see Highland Chiefs being persuaded to attend the levee and other functions, all attired in their Clan tartans (some did not go).  Almost overnight tartan became popular and families, who probably had never before worn tartan, (and hated the Highlanders) became the proud possessors of family Tartans.  This along with Sir Walter’s romanticism of Tartan in his novels this was to aid the Clan and the Tartan to become synonymous.

Another great boost to tartan came from Queen Victoria and her Consort, Prince Albert.  They fell in love with Balmoral - the Royal residence on Deeside in Scotland - and with tartan and all things Highland. Prince Albert designed the now world famous Balmoral tartan and they bedecked room after room with it, further consolidating the Victorians' romanticised view of the 'noble' Highlander.